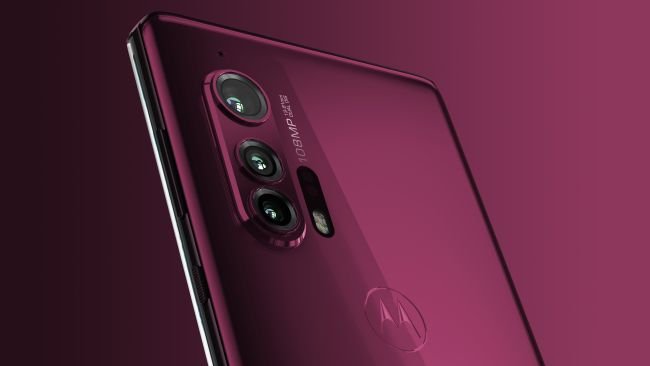 Already looking like one of the best camera phones, the headline feature of the Motorola Edge+ is its triple-camera array with a 108MP primary rear camera. This boasts an f/1.8 aperture, optical image stabilization and Quad Pixel technology for four times the light sensitivity to cope with shooting in low light conditions.

That’s accompanied by an 16MP f/2.2 ultra-wide with a 117° field of view and Macro Vision mode, an 8MP f/2.4 telephoto with 3x optical zoom and stabilization, plus a dedicated time of flight depth sensor. The front-facing selfie camera is a 25MP f/2 affair, with the same Quad Pixel tech as the main camera.

Then there’s the formidable video, with the primary camera capable of capturing 6K video at up to 30fps, 4K 30fps, and 1080p 30, 60 or 120fps – all supported by dual  optical and electronic image stabilization. And while the Samsung Galaxy S20 Ultra offers 8K it is quite compromised, so Motorola’s 6K is probably preferable.

A video snapshot mode enables you to extract a 20MP still image from your footage, and the time of flight sensor enables a video portrait mode with software-driven background blur to isolate subjects. 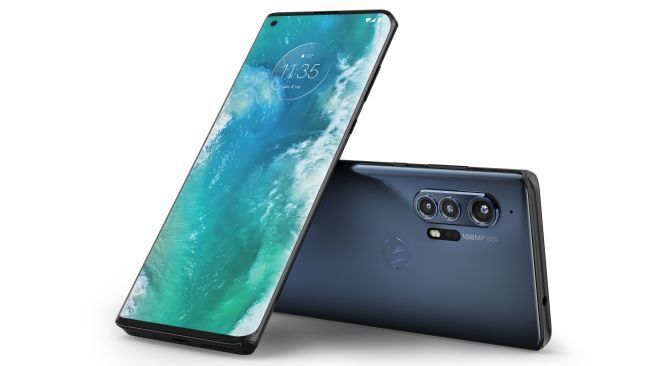 The Motorola Edge+ is gunning for the Galaxy S20 Ultra, with its 108MP camera and 6K video (Image credit: Motorola)

The Motorola Edge+ is powered by the latest Qualcomm Snapdragon 865 chipset and is 5G-enabled with both mmWave and sub-6GHz frequencies, promising worldwide compatibility and future speeds in excess of 4Gbps.

The impressive 6.7-inch, 21:9 ratio Endless Edge screen folds almost 90° around both sides of the handset, featuring HDR10+ and a 90Hz refresh rate, and Motorola promises that the 5,000mAh battery will provide two full days of use. In short, the Edge+ is set to be an absolute beast.

Accompanying the flagship phone is the standard Motorola Edge, which boasts largely the same specs but switches the primary camera for a 64MP f/1.8 unit, and features a Snapdragon 765 chip and 4,500mAh battery.

The Motorola Edge+ will be available in the US on 14 May exclusively at Verizon for $999.99, and in Canada at Rogers, Bell and Telus. It launches in Europe the same month for €1,199, though will not be coming to the UK.

The Motorola Edge launches in Europe and the UK in May, starting at €599, and will roll out in the US and Canada in the following months.