Tamron’s third fast f/2.8 zoom lens for Sony A7 users is finally here, as full specs and pricing are announced 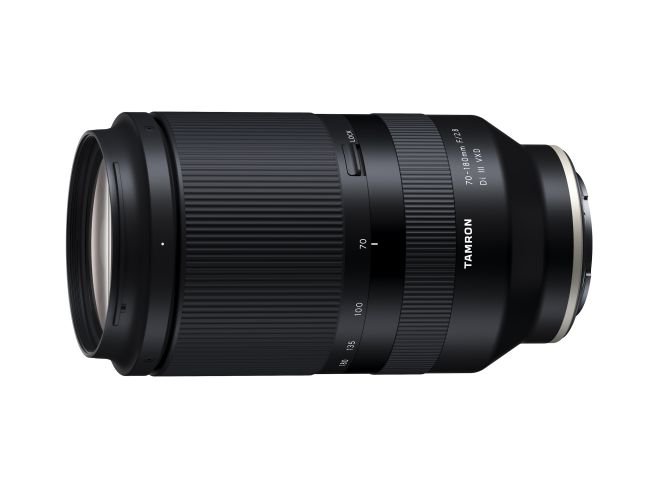 Tamron’s latest fast telephoto zoom for the Sony mirrorless cameras is set to go on sale on 14 May. The development of the Tamron 70-180mm f/2.8 Di III VX was first announced in October last year, and will complete a trio off fast constant-aperture f/2.8 zooms for the popular Sony E mount.

The new telephoto zoom offers a shorter focal range than the classic 70-200mm f/2.8 that is traditionally used by pros and enthusiasts – but the narrower 70-180mm zoom range allowed Tamron to make a lens that is 45% smaller than it would otherwise have been.

As such, the optic is the smallest and lightest f/2.8 telephoto in its class, measuring just 149mm in length (when barreled down to the 70mm setting) and weighing a meagre 810g.

The 70-180mm f/2.8 features Tamron’s first ever linear motor AF drive mechanism, VXD (‘Voice-coil eXtreme-torque Drive’), which the manufacturer promises is not only quick and quiet but also “maintains positional accuracy down to 0.005mm (0.0002 in), less than one tenth the width of a human hair!” 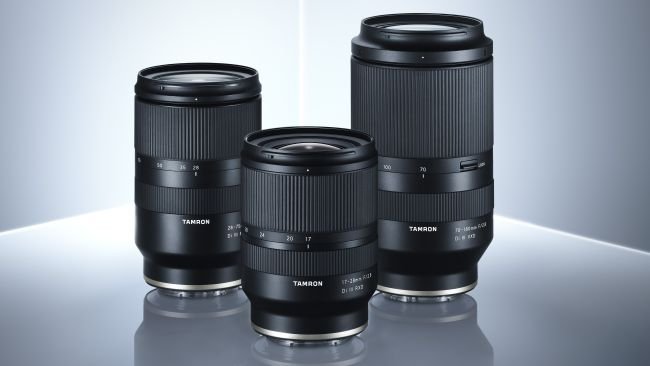 The 70-180mm F/2.8 has an optical construction of 19 elements in 14 groups. It includes a total of six XLD (eXtra Low Dispersion) and LD (Low Dispersion) lens elements combined, and three GM (Glass Molded Aspherical) and hybrid aspherical lens elements combined. The lens uses the same 67mm lenses as the other two zooms in its family (including the recent 20mm, 24mm, and 35mm primes).

Other features include Moisture-Resistant Construction for added weather protection and Fluorine coating to the front element for easy maintenance. In addition, the 70-180mm f/2.8 is said to be fully compatible with various Sony-specific features including Fast Hybrid AF and Eye AF (presumably made easier as Sony is a minor shareholder in Tamron). 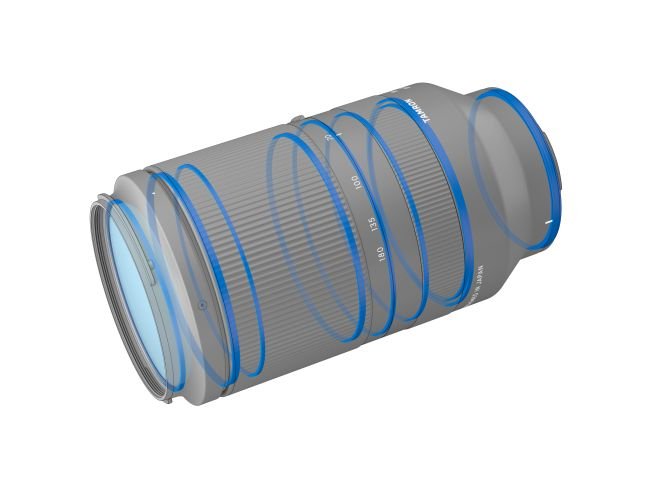