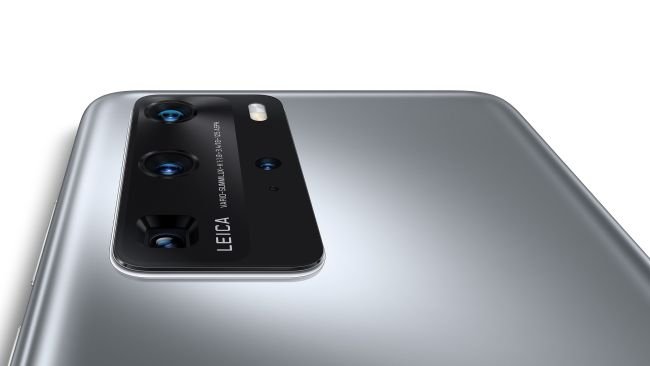 Huawei has announced its new flagship smartphone family, the Huawei P40 Pro and P40, which feature a huge 50MP rear camera system on the back and a 32MP shooter on the front.

The 5G-equipped Huawei P40 Pro and P40 have similar camera systems, but we’ll start with the premium variant before explaining the differences. Suffice to say, both look posed to challenge for the best camera phone throne.

The range-topping P40 Pro features a large 6.58-inch OLED display with an almost non-existent bezel around its edges. The top-left corner of the display is home to a pill-shaped cutout, for a 32MP front-facing camera with an f/2.2 aperture.

Also housed in the cutout is a depth sensor to help with autofocusing and bokeh blurring-background effects, plus infrared and time-of-flight sensors.

Around the back, the P40 Pro is adorned with a large Leica-branded camera unit containing a huge ‘UltraVision’ 50MP imaging sensor with an f/1.9 aperture and optical image stabilization. This sits alongside a 12MP f/3.4 camera for optical zooming duties, a 3D depth sensor and a macro lens for taking photos of objects as close as 2.5cm.

Video recording and wide-angle shots are handled by a separate 40MP sensor with an RYYB color filter and 4K capabilities. On the subject of video recording, the front-facing 32MP sensor can also manage 4K shooting and has autofocus – still a rarity among today’s selfie cameras. 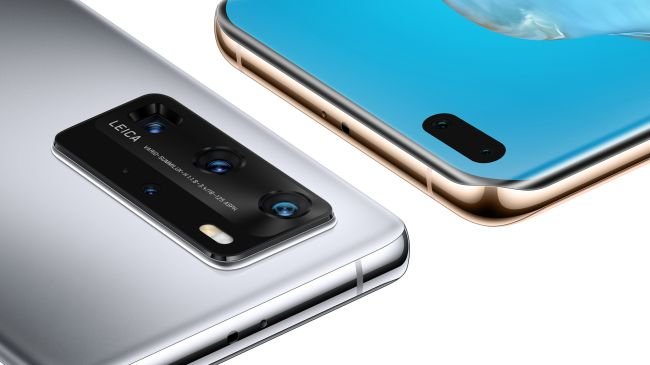 Huawei has given both P40 models a camera function called Octa Phase Detection, which is used to help the camera system focus more quickly. There’s also an XD Fusion Engine that speeds up image processing. Further AI is used to capture a handful of images for 1.7 seconds before and after the camera shutter is pressed, with the phone then working out which is best using on-chip processing, before serving up a trio for the user to pick from.

Huawei claims to offer up to 50x zooming without loss of quality, by employing all of the P40’s rear cameras to share the load. This sounds like it is similar to what we have seen from Samsung’s recent handsets such as the Samsung Galaxy S20 Ultra.

Power comes from Huawei’s in-house HiSilicon Kirin 990 5G Octacore processor and RAM is a healthy 8GB for the P40 Pro, with storage options of 128 and 256GB, and a 4,200mAh battery capacity.

Now for a quick rundown of how the base P40 differs. The OLED display is a more modest 6.1 inches and, while the pill-shaped camera cutout with its 32MP sensor and depth sensor remains, there’s no infrared or time-of-flight sensors, and the aperture is f/2.0.

The rear camera of the P40 is broadly the same as that of the P40 Pro, but misses out on optical image stabilization. It keeps the 50MP UltraVision system, and pairs it with a 16MP f/2.2 ultra wide-angle camera, an 8MP, f/2.4 telephoto lens.

Pricing and release info is currently TBC (no doubt due to current global affairs), but we will update as soon as we have more.