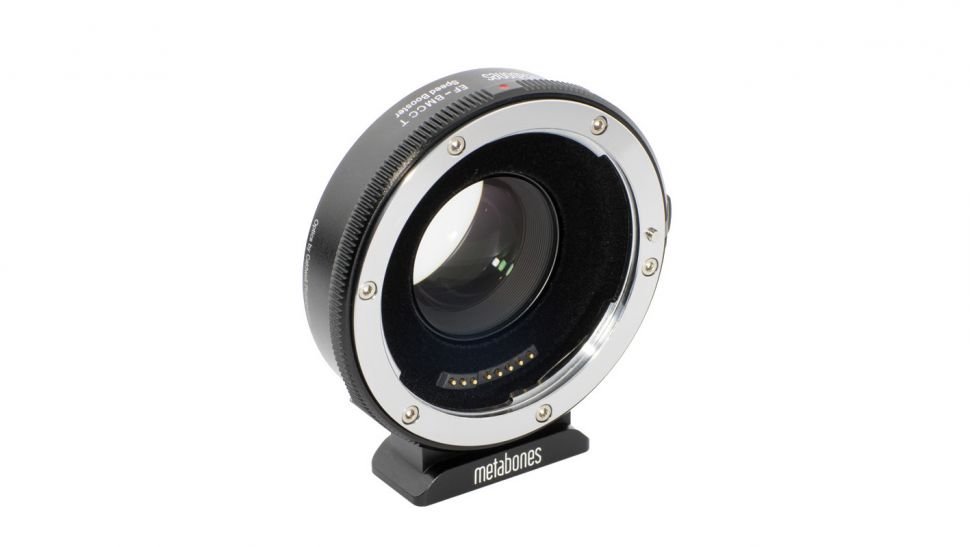 Since the launch of the full-frame mirrorless Canon EOS R, the camera giant has stated – albeit sheepishly – that it remains committed to its EOS M line of APS-C mirrorless bodies. Current models in the EF-M-mount range include the Canon EOS M50 and the Canon EOS M5.

While the sentiment has been questioned by many in the industry (see also Panasonic’s commitment to Micro Four Thirds), Canon does seem to be hard at work making new developments for the EF-M system – the most recent of which being pretty exciting: a speed booster for EF lenses.

A speed booster is a converter that reduces both the aperture and the focal length of the attached lens, therefore ‘boosting the speed’ of your lenses. In the latest Japanese patent (2018-189864) uncovered by Canon Rumors, Canon cites a 50mm f/1.4 lens converting to a 40mm f/1.2 on the EOS M system.

In the initial patent (2018-185393) discovered by Canon News, Canon makes reference to a US patent by Caldwell Photographic – the company behind Metabones, the leading brand of speed boosters (as pictured at the top of article).

Interestingly, Metabones does not currently produce an EF-M speed booster. While one was recently released by Viltrox, the idea of an official booster with in-camera support and corrections (as via Canon software such as DPP) is very appealing.

To further speculate, given Canon’s development of adventurous EOS R adapters  including built-in ND filters (which Nikon believes to be well patent protected), a speed booster could well be in the pipeline for the full-frame mirrorless system. The prospect of turning the Canon EF 85mm f/1.2 into something resembling an f/0.95 lens might further entice users to jump to the EOS R…