The TTArtisan Noctilux 50mm f/0.95 is apparently due to be released soon – and it could be a great dupe for the Noctilux 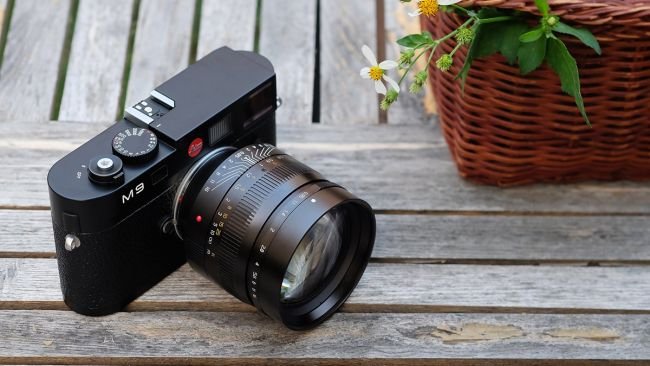 Whether you own a Leica, or you simply covet one from afar, then you’ll know that the Leica name is all about producing a premium product at a premium price. While Leica cameras are definitely expensive pieces of kit by themselves, it’s not until you begin looking at the Leica lenses that your eyes truly begin to water. For example, the Leica Noctilux-M 50mm f/0.95 ASPH lens runs for a cool $12,495 / £9,600.

However, if you love the Leica handling system, but you don’t feel like spending the price of a brand new Kia Picanto on a lens, then the new TTArtisan 50mm f/0.95 lens for Leica M-mount might be a great option for you.

TTArtisan already offers several lenses for Leica M-mount, including an 11mm f/2.8 fisheye, a 21mm f/1.5 and a 35mm f/1.4. These lenses are very reasonably priced, especially when you consider what their official counterparts would cost. The pricing for the TTArtisan 50mm f/0.95 hasn’t yet been announced, but we’d imagine that it would be a similar price to its other M-mount products, which all hover around the $200-$450 mark.

The Leica Noctilux 50mm f/0.95 is one of the most legendary lenses in Leica’s M-mount lineup. With an exceptional low-light performance, the Noctilux has a fierce following among Leica photographers for its fantastic background blur. According to this Amateur Photographer article from 2017, the Noctilux is “one of the most in-demand lenses, with long waiting lists. According to the Leica Store Mayfair, one can expect up to a 12-month wait from the point of order.”

While you wouldn’t be able to expect the same level of quality from TTArtisan as you would from Leica, the TTArtisan Noctilux 50mm f/0.95 could potentially be a great way to explore different focal lengths for your Leica camera without the huge price tag. Rumor website Leica Rumors has advised that this lens will apparently be released in a few weeks, so we’re looking forward to seeing how it performs – and how a good a dupe it will be for the official Noctilux.

Leica kit is a huge investment, so if you’re happy with your camera body but you’re not ready to totally splurge, a cheaper third party lens manufacturer could be the perfect solution.