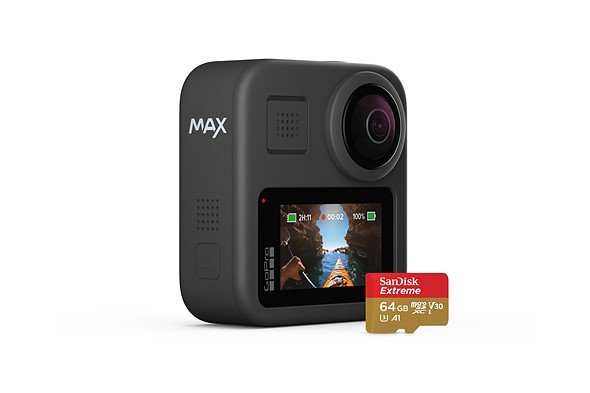 Like the GoPro Fusion, the Max features two cameras on either side of its rounded cuboid design. This time, however, GoPro has added a dedicated LCD touchscreen on the ‘front’ of the device. Additionally, the GoPro Max is smaller than its predecessor and requires just a single microSD card rather than two.

GoPro has also brought some of its framing, hyperlapse and image stabilization technology to the Max in the form of Max HyperSmooth, Max TimeWarp, and ‘Digital Lenses.’ Like on the Hero8 Black, Max HyperSmooth keeps footage stable over bumpy terrain, TimeWarp allows for easy hyperlapse video and ‘Digital Lenses’ allows you to easily adjust the framing to capture the exact field of view you’re looking for. 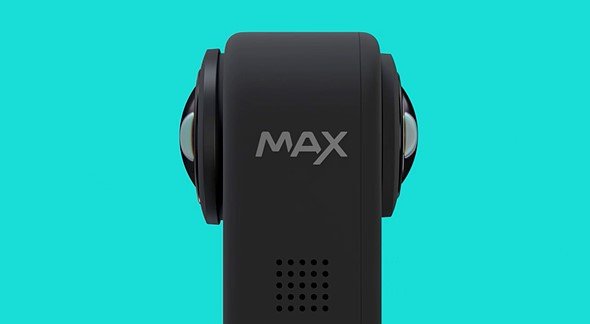 Other new features include 360 Audio thanks to six built-in microphones, PowerPano for distortion-free 270-degree panoramic shots and Reframe, which allows you to capture video in 360-degree video and turn it into standard footage directly on your mobile device.

What’s interesting about the GoPro Max is its ability to effectively act as three cameras in one: a standard Hero action cam, a vlogging camera (thanks to the front-facing LCD display) and a 360-degree camera. GoPro hasn’t detailed the exact specs for shooting with the individual camera units as of publishing this article.

The GoPro Max, which measures 6.4 x 6.9 x 4.0 cm (2.5 x 2.7 x 1.6in) is waterproof down to 5m (16ft) and features a ruggedized design that shouldn’t have any problem handling bumps and drops. Onboard connections include a single Micro HDMI port and a USB-C connection that’s used to both transfer data and charge the device. A 1600mAh battery is included with the Max, which is slightly smaller than the battery found inside the GoPro Fusion.