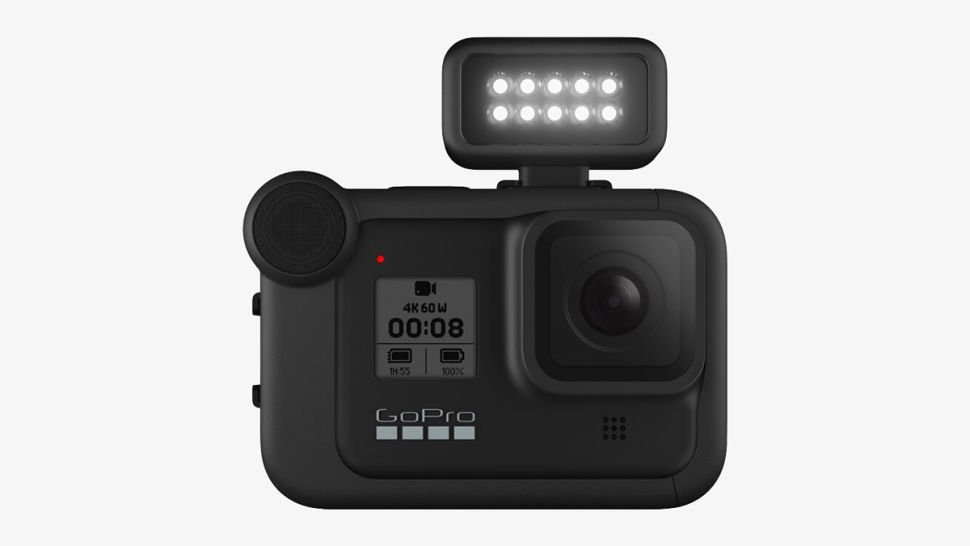 When the GoPro Hero 8 Black launched in October, it came with the promise of more official accessories – or Mods – to follow. The first of these is the Light Mod, which just went on sale in the US for $49.99 (about £38). Pre-orders have also opened in Australia at AU$84.95 with a January 2020 arrival date, with availability in other markets to follow soon.

As promised, the Light Mod is able to project up to 200 lumens of light on anything within 3 feet (91 centimeters), and there are actually four brightness settings to pick from.

There’s a built-in rechargeable battery that GoPro says is good for around six hours of illumination between charges, and the accessory is waterproof down to around 33 feet (or 10 meters) as well, just like the Hero 8 Black itself.

The Light Mod can fix to a range of existing GoPro accessories, but to attach it directly to the Hero 8 Black, you’ll need the Media Mod – which isn’t actually on sale yet.

For the love of Mod

We’re also still waiting for the Display Mod, which gives the action cam a larger, rotatable display – that’s apparently shipping in March, at the same $79.99 price point. These Mods are one of the major selling points of the Hero 8 Black, so GoPro will be relying on them to find a substantial number of buyers.

Until the Media Mod arrives, you can use the Light Mod with the head straps, the camera mounts, and the swivel clips that GoPro already sells. Basically, anywhere you can fit a GoPro, you can also fit a Light Mod.

As well as the four levels of brightness, the lighting accessory also offers a strobe mode, plus an integrated light diffuser that ensures a softer, more even light.