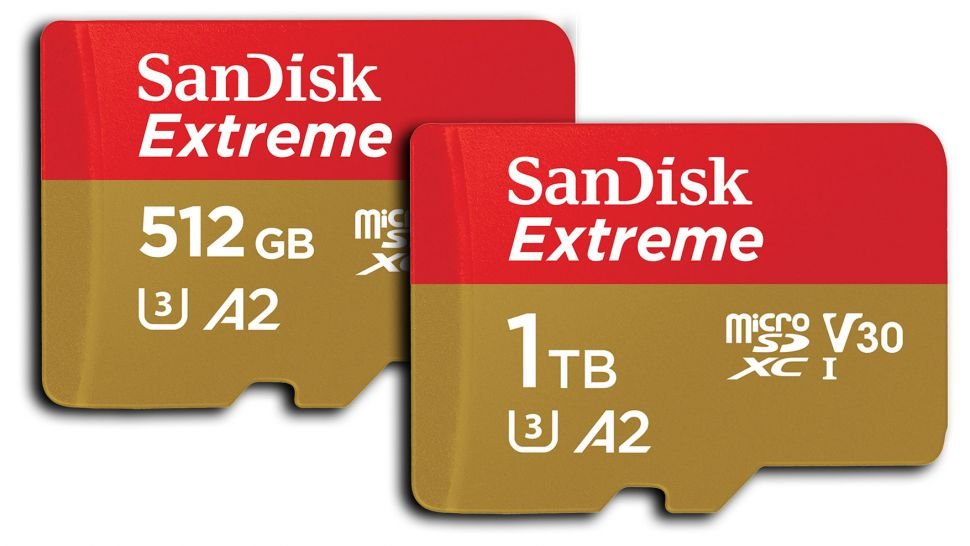 SanDisk’s new microSDXC card is for users of 360 cameras, drones and action cameras who need to capture and store large quantities of still images and video footage in the field and then transfer it at high speed back at base.

The new SanDisk Extreme microSDXC 1TB is a UHS-I memory card offering read speeds up to 160MBs. That’s not as fast as the best UHS-II cards, which will still be a top choice for capturing high-quality 4K video and high frame/bit rates, but the new cards still meet the V30 standard for regular 4K capture, and their cost will make them very appealing for those who don’t need UHS-II speeds but do need massive memory card capacities. It also trumps the maximum 95MB/s read speed of the monster Lexar Professional 633x SDXC UHS-I card that went on sale earlier this year.

The new card is also available in a cheaper 512GB version, and both meet the new A2 Application Performance class for memory cards used as expandable storage for smart devices for accessing applications and files, not just storing stills and video.

The new SanDisk Extreme UHS-I microSDXC memory cards are available for pre-order from the SanDisk website and will be available from selected retailers from April 2019, costing $199.99 for the 512GB version and $449.99 for the 1TB card.