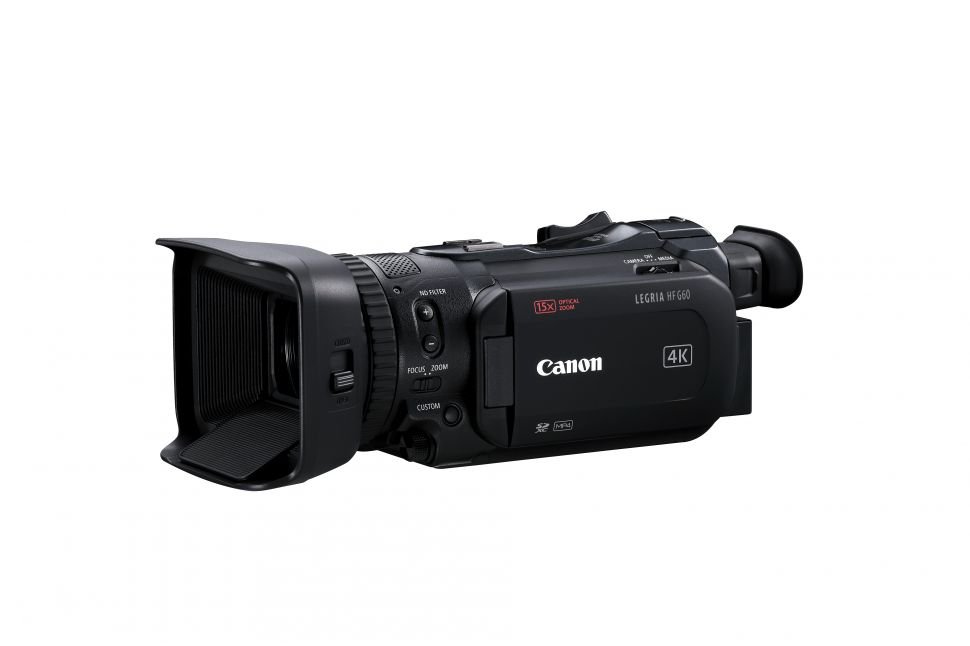 The Legria / Vixia HF G60 features a large one-inch 4K sensor and has a built-in 15x optical zoom. The CMOS 13.4MP sensor features Dual Pixel autofocus which is already featured on Canon’s DSLR but which is designed for high-speed focus tracking when recording video.

The lens has an effective focal length of 25.5-382.5mm with a maximum aperture of f/2.8-4.5. A digital zoom function stretches the focal range from 15x right up to 300x – and the minimum focusing distance is 10mm at the wide end of the zoom. The lens has a nine-blade circular diaphragm for smooth out-of-focus bokeh, and there is a built-in optical stabilizer.

A welcome feature of the camcorder is that it has two SDXC card slots for recording footage onto. It measures 125 x 91 x 265mm and weighs in at 1135g.

The camera has a 3in 460-dot vari-angle touchscreen LCD, in addition to a 0.24in 1.56m dot eyelevel viewfinder. The unit comes with HDMI, headphone, microphone and USB ports. 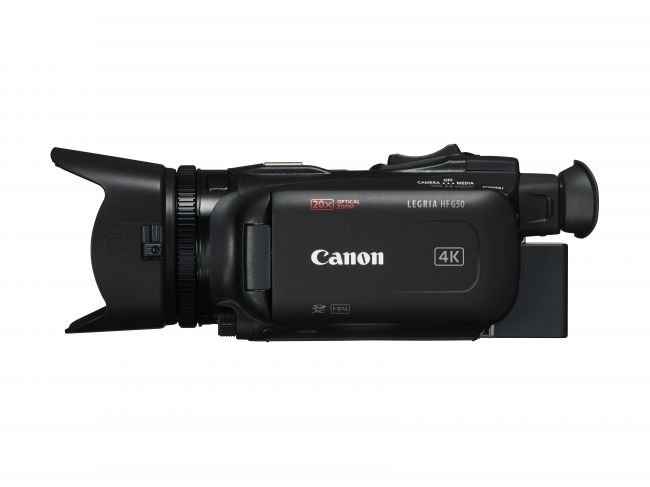 Canon Legria / Vixia HF G60 will be joined in Europe with the addition of the Canon Legria HF G50 (the equivalent Canon Vixia HF G50 was unveiled at CES for the American market back in January).

The G50 varies from the G60 by having a smaller 1/2.3in 4K sensor different lens with longer 20x f/1.8-2.8 zoom range and an eight-bladed iris. It does not benefit from the Dual Pixel CMOS AF system.