Panasonic S1 and S1R: everything we know so far

UPDATE: At CES 2019, Panasonic has announced that the Panasonic S1R and Panasonic S1 will be available from March 2019. Two new features will also be coming to the cameras at launch: a HDR mode and High Resolution mode.

So we’ve assembled everything we know about the new Panasonic Lumix S series, its key features, lenses and likely launch date right here.

There will be two new cameras with two different sensors. The top of the range Lumix S1R will have a 47-megapixel sensor, while the cheaper Lumix S will have a 24-megapixel sensor. The higher-resolution S1R is designed to appeal to professional stills photographers.

Panasonic seems to be adopting the same strategy as Sony and Nikon, so the Lumix S1 will bear the same relationship to the S1R as the Nikon Z 6 does to the Z 7, and the Sony A7 III does to the A7R III. The S1R has more resolution, but the S1 may be better adapted to video. 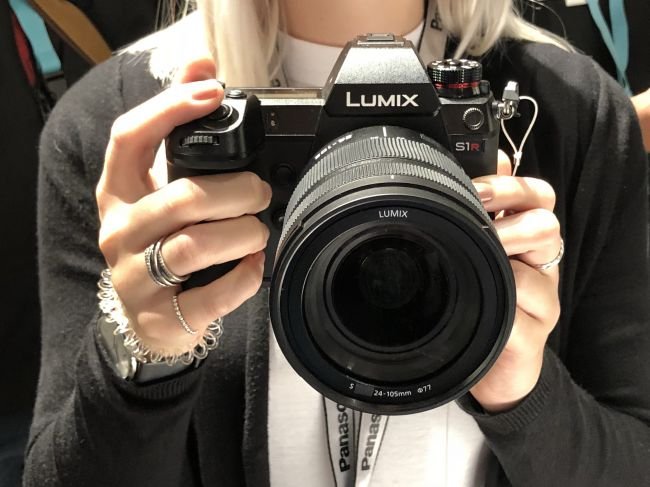 The new cameras will offer 4K video capture, just like their full-frame rivals from Canon, Sony and Nikon, but they will offer frame rates of up to 60/50p, which Panasonic claims is a world first for full frame cameras. Other frame rates have yet to be announced.

The S1R and S1 will offer a combination of in-body image stabilisation (IBIS) and lens-based optical stabilisation. Panasonic has done this before with its Micro Four Thirds cameras, like the Lumix G9, as has Olympus with its OM-D E-M1 IIand 12-100mm f/4 lens pairing. This offers more shake compensation than either system on its own. 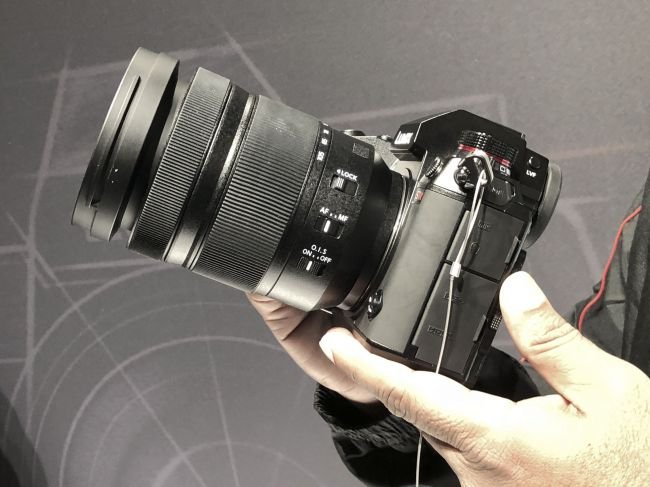 Panasonic is sticking with its DFD (Depth from Defocus) contrast-based autofocus system, despite all its rivals swapping to on-sensor phase detection. Panasonic’s DFD system has proved very fast in its Micro Four Thirds cameras, however, rivalling phase detection/hybrid systems for speed.

Nikon has come in for a great deal of criticism for offer just a single (XQD) card slot on its Z 6 and Z 7. The Panasonic Lumix S1 and S1R, however, will have two card slots – one XQD and one SD. High-speed memory card formats are crucial for high-resolution 4K cameras. The SD card slot will be UHS-II compatible. 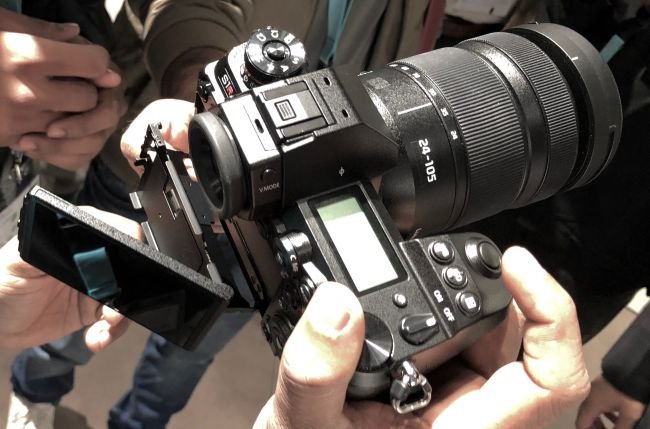 Panasonic has not adopted the regular flip-out rear screen seen on some of its Micro Four Thirds cameras, opting instead for an unusual ‘tri-axial’ design that allows a sideways tilt as well as a vertical tilt. This should get round the issue of taking shots with the camera held vertically (a problem for cameras with a simple tilt mechanism) while keeping the screen closer to the optical axis of the camera for better handling. A similar design works well on the Fujifilm X-T3.

Panasonic hasn’t stated the resolution of the electronic viewfinder fitted to the S1R and S1, but has said it is “higher” than those on the Nikon Z7 and Canon EOS R. EVFs now approach optical viewfinders for clarity, but Panasonic’s EVF will also need a high refresh rate to avoid lag or ‘smearing’ when following fast-moving subjects.

Externally, the two new cameras appear identical, with the same dimensions, controls and layout. Panasonic claims the S1R has “100%” weather sealing, an “extremely” durable shutter and is designed to offer experienced photographers extensive external controls. Hopefully, the S1 will share the same weatherproofing. 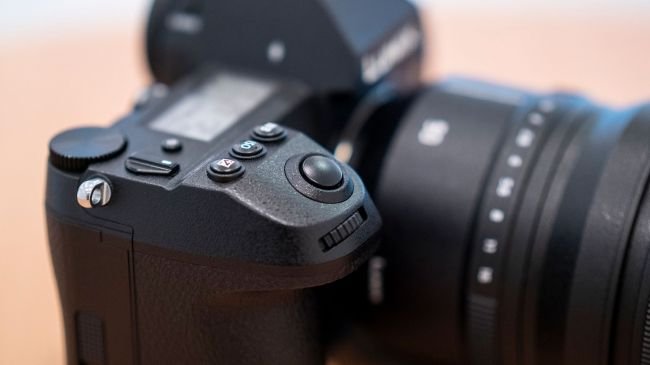 Photokina 2018 also saw the announcement of the new L mount alliance, which should give Panasonic’s full frame mirrorless lens range a good start.

Panasonic did not attempt to launch yet another proprietary lens mount. Instead, it announced an alliance with Leica and Sigma whereby it would use Leica’s established L mount, as used on the Leica SL, and presumably benefit in due course from Sigma’s large and expanding mirrorless lens line-up.

Panasonic has so far announced three lenses to arrive at the same time as the S1R and S1:

Panasonic says seven further lenses for the Lumix S1R and S1 will be launched by 2020, bringing the total up to ten. There’s no news yet on what these lenses might be (they were shown only as silhouettes at the Panasonic presentation), but it seems likely that Sigma’s involvement will move things along quickly.

Sigma has promised 14 lenses for the L-mount in 2019 (essentially the same line-up of lenses is now offers for the Sony E-mount). It will also provide converters for Canon EF and Sigma SA mount lenses. Leica already has a range of L-mount lenses available.

With no further official information since the Photokina announcement in September 2018, much of this is speculation.

Panasonic has said that the S1R will be released in early 2019, but has offered no specific dates. The cameras shown at Photokina were non-working mockups so we must assume a good deal of development and production work was yet to be done.

The Lumix G series will continue

Panasonic has re-affirmed its commitment to its smaller Micro Four Thirds format, seeing its two camera ranges as having two very different audiences. This will be good news for those who’ve already invested in G series cameras and lenses, and indeed Olympus fans worried that Panasonic’s full frame announcement might spell the beginning of the end for the Micro Four Thirds format.

To cater for the new type of professional user its S1R and S1 are aimed at, Panasonic is launching a preferential Lumix Pro program along the same lines as those operated by Canon, Nikon and Sony. This should give professional photographers confidence that they will get priority support when they need it.