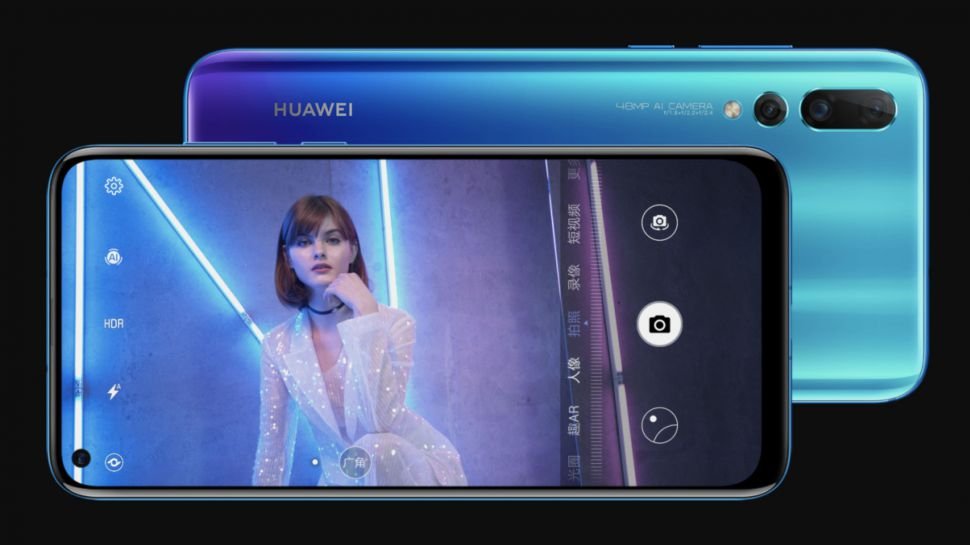 It’s official, the Huawei Nova 4 is one camera phone to look out for – a 48MP shooter that has one of the most innovative screens around.

The Huawei Nova 4 is the latest handset to try for the best camera phone top spot and it joins what will be a long range of 48MP camera phones in 2019. It’s also packing a screen with no notch whatsoever – that’s because it has a hole-punch camera that takes up only a tiny part of the screen.

This ‘hole punch’ houses a 25MP selfie camera but it’s what you flip the handset over that things get really interesting.

The 48MP lens camera means that Huawei is using Sony’s recently made camera sensor. Alongside this lens is a 16MP wide-angle and 2MP depth sensor.

The back of this phone looks a lot like the Huawei P20 Pro but the lenses are different and there isn’t any Leica love here.

Champagne super Nova? Not quite

The other official 48MP camera phone is the Honor View 20, but it’s thought that the upcoming Samsung Galaxy S10 and a new Xiaomi handset will go with a 48MP sensor.

One of 2019’s biggest launches, however, will not. The Huawei P30 Pro will have 38MP if reports are correct but the sensor it is using will be larger than anything else currently found in a smartphone.