Sony Alpha A7S III: everything we know so far

New leak suggests the A7S III could arrive in early 2020 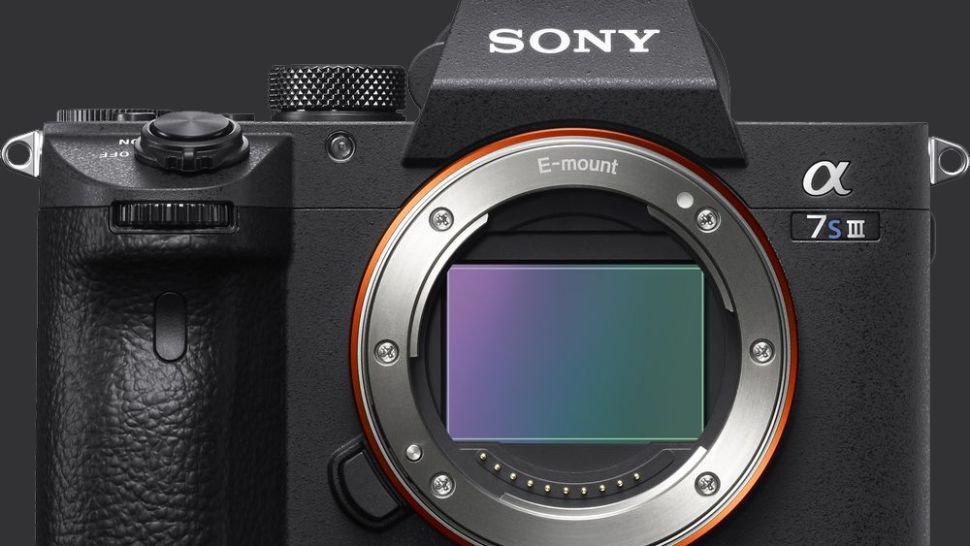 The Sony A7S III has been rumored for so long it was starting to feel like Sony had abandoned its video-oriented full-frame camera, but a new leak suggests it might finally arrive in early 2020.

The Sony Alpha A7S II arrived way back in 2015, which means it’s more than due a refresh, particularly with hot competition from the likes of the Panasonic GH5S and the Blackmagic Pocket Cinema Camera 4K.

We knew in August 2019 that Sony were still developing the S line, which complements the high-resolution A7R IV and all-rounder A7 III. But a new leaked image from Sony Alpha Rumors appears to have finally given us our first glimpse of the A7S III, which has been so long coming it could even be called the A7S IV.

Without many other specs to go on, though, there are still big gaps in our knowledge of what the new full-frame mirrorless camera will bring. Will it stick to a 12MP sensor? Or will it jump to 6K? We’ve combined all the latest rumors with our Sony Alpha knowhow to bring you this rounded look at the A7S III.

While we had originally hoped to see the Sony A7S III in 2019, those hopes gradually fizzled out as we saw Sony concentrate on the launch of the superb A7R IV and A9 Mark II. But a recent leak from Sony Alpha Rumors has suggested that it could be launched at CES 2020, which starts on 7 January.

That speculation seems to be based on little more than the emergence of a leaked image, which suggests the A7S III is imminent. But we did suspect that Sony might use CES 2020 to launch the camera, if a 2019 launch wasn’t possible.

SonyAlphaRumors.com has gleaned information from two trusted sources that potentially reveals some of the spec we’re likely to see in an Alpha A7S III.

While the resolution of the new sensor isn’t known, it’s rumored to have a stacked CMOS design with integral memory, while the sensor will be technically superior to the one in the flagship Alpha A9.

What’s our guess on resolution? If Sony is intending to have the Alpha A7S III shoot 4K footage and nothing higher, then we could see resolution stick around the 12MP pixel count that we’ve seen with both the A7S and A7S II. A higher resolution isn’t necessary for a primarily video-orientated camera, with the pay-off being larger pixels for greater light-gathering capabilities.

Should Sony try and push this further and launch a 6K (even if its downsampled to 4K) or an 8K capable camera, then a higher-resolution sensor than this will be needed. For 6K you’d need a sensor with at least a 24MP resolution, while 8K would demand a sensor resolution over 33.1MP.

Interestingly, details of a new Sony 36MP sensor has leaked online that’s capable of shooting 8K, so it’s not beyond the realms of possibility that we could see an 8K enabled Sony Alpha A7S III.

We’re expecting a big improvement in video features for the Alpha A7S III, especially if the latest rumors have any truth to them. According to “a reliable source” talking to  Sony Alpha Rumors, the A7S III will be able to shopt 4K video at up to 120fps. That’s twice the frame rate we were initially expecting and twice the frame rate the Panasonic Lumix S1H is currently capable of.

With that in mind, we’d certainly expect to see DCI 4K capture at at least 60p, while we wouldn’t be surprised to see 4K HDR video recording at 60p. We’d also expect to see the A7S III record 4:2:2 10-bit internally as well.

Interestingly, according to SonyAlphaRumors, Sony was finalizing a new H.265-based professional codec. Known as XEVC, and a successor of XAVC, the new codec is rumored to include 12-bit 4K and 12-bit 8K 4:4:4 capabilities, while 1080p Full HD can be captured at 240fps and 10-bit.

There’s every possibility that the A7S III may utilize the same sensor as featured in the new Sony FX9, a full-frame camcorder which is capable of shooting at 6K (which is downsampled to 4K output). The sensor is 19 megapixels, and is back-illuminated. Having this sensor already ready to go would make it a good fit for an upcoming standard A7 model.

Finally, it would also be good to see Sony lift the 30min restriction when recording video and offer unlimited recording.

The image above appears to be our first look at a Sony A7S III in the wild. If true, the camera will be a little thicker than its predecessor, along with the A7R IV and A7 III.

This may partly be to fit in a cooling vent, which Sony Alpha Rumors has suggested will be included in a similar vein to the Panasonic S1H. If this is true, there’ll likely be a fan close to the sensor which draws cool air from vents on one side of the body and pushes the warm air out the other side.

Aside from a wider body, though, the A7S III is likely to have a lot in common with the A7R IV and A7 III, which means it’ll gain the same refinements we’ve seen in those two models. This includes the addition of a multi-selector joystick that greatly improves the handling of the camera, with AF point selection that much quicker to assign.

Another bit of good news is the arrival of a dedicated AF-On button on the rear of the Alpha A7 III, making back-button focusing much easier, while the eye sensor is now deactivated when the rear screen is pulled away from the body.

This means it’s possible to shoot waist-level images without the feed cutting out and rather unhelpfully swapping to the EVF. Expect to see a predominantly magnesium construction, but it will be interesting to see if the back panel of the A7S III is forged from magnesium like the A7R IV, or Sony opts for plastic like the A7 III instead.

We’re not expecting the A7S III to enjoy the same 3.8 million-dot electronic viewfinder (EVF) as the A7R IV , we reckon the 2.3 million-dot EVF will get a magnification upgrade like the A7 III enjoyed, increasing from 0.71x to 0.78x.

As we’ve seen with other recently announced Sony cameras, the rear 3.0-inch tilt-angle display is likely to offer touchscreen control, which should make both shooting and reviewing images and footage that much easier.