There’s been conflicting reports but it’s now looking very likely that the P30 Pro will have four cameras. 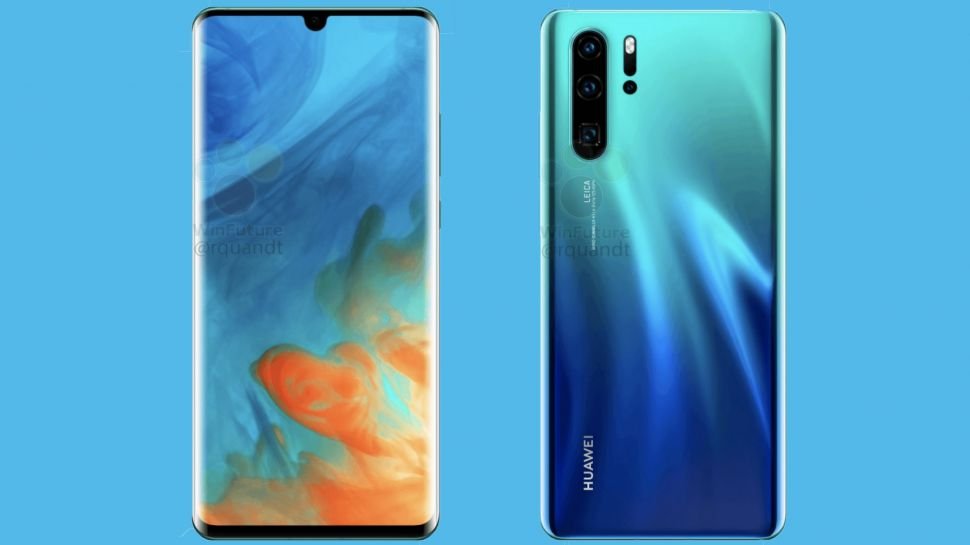 The Huawei P30 Pro is coming out in March. That much we are pretty sure of, given a ‘save the date’ invite was sent out to journalists recently.

What we also know is the amount of cameras, thanks to CEO Richard Yu confirming four cameras in a chat last week. But what this will look like has been shrouded in mystery.

New, very official looking images have finally landed, however, and it looks like the Huawei P30 Pro will indeed have four cameras but not in the way any of us were expecting.

The new renders (which are leaks so please sprinkle the salt), show three cameras aligned vertically on the back of the device and another smaller one situated on the right-hand side, underneath an LED flash.

When the going gets ToF

The smaller lens on the right is likely to be a ToF camera, used for depth perception. But it’s the lens on the bottom of the array that has us most excited, if you look closely it has a square around it.

This could well mean that we will see a 10x ‘optical’ zoom on board the camera, using the same technology that Oppo officially announced at MWC 2019.

If this is the case, then it’s likely we will see a 48MP lens layered on to an ultra wideangle lens and a periscopic telephoto camera on top of this.

It’s cutting-edge technology that hasn’t yet been seen outside of prototype stage – couple it with Leica lenses and it could be something very special.

Pictures of the Huawei P30 have also leaked, all of which courtesy of German site WinFuture, and it looks like this will have a three camera setup, much like what was seen on the Huawei P20 Pro.