And it wants you to give it a name. 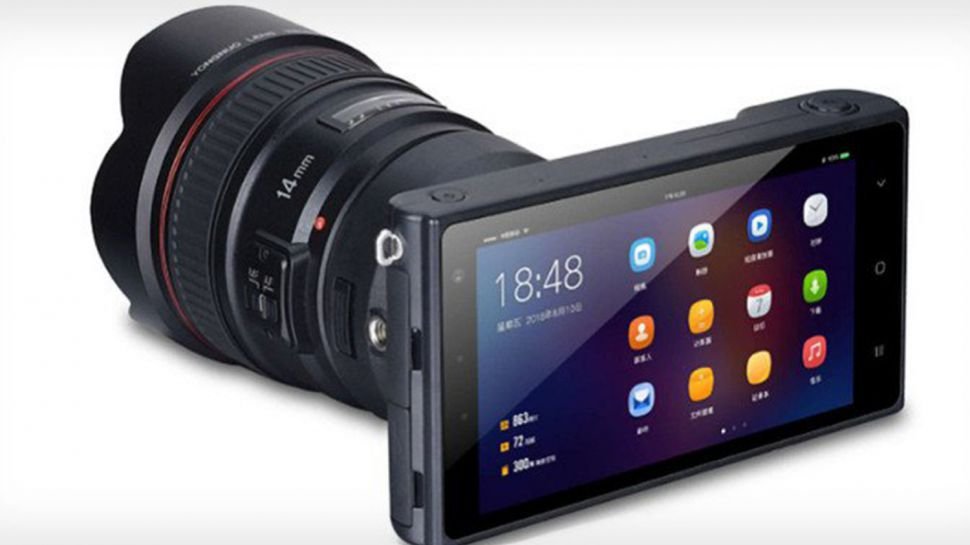 Budget lens maker Yongnuo has revealed more about its latest device – a mirrorless camera that comes equipped with Android and will be compatible with Canon lenses.

The camera/phone hybrid is currently nameless and Yongnuo has asked fans of its Facebook page to come up with a name for the thing.

Now, camera phones are all the rage at the moment. The iPhone XS, Huawei Mate 20 Pro and Google Pixel 3 are proving to the world that the lens in your pocket is actually a decent one.

Mirrorless cameras are also perhaps the most popular brand of camera right now, at least the one that most people are talking about. So, we get what Yongnuo is trying to do, by mashing the two things together. But has this unnamed camera got enough specs and smarts to make this work?

The cam with no name

Details at the moment are a little sketchy but we do know some of what to expect. The camera is said to use a 16MP Micro Four Thirds sensor and will be able to shoot 4K video at 30FPS.

According to Yongnuo, it will be compatible Canon EF lenses, which means it may have appeal for Canon nuts. As for the other specs, there’s a 5-inch 1080p screen, the Android version it is running is Android 7.1 Nougat (9.0, Pie is the latest versions) it has stereo microphones, a pretty decent 4,000mAh battery – and there is also a headphone jack.

What we don’t know, it its name. And neither does Yongnuo. So, if you have any ideas then head to Facebook and let them know. Personally, we like the Yongnuo CanAn (Canon/Android).