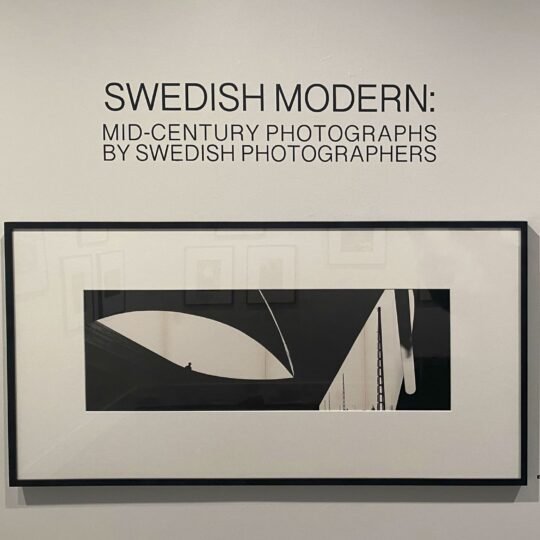 Keith de Lellis Gallery presents a selection of thirteen accomplished mid-century Swedish photographers whose innovative work has remained relatively unfamiliar to the American public. Eight of these individuals were part of TIO (a Swedish word for “ten”), a collective of Swedish photographers established in 1958. From nature and industrial scenes to abstraction and fashion, Swedish Modern captures the broad range of creative styles and interests that were present in the minds of mid-century Swedish artists. What unites the wide variety of subject matter between the photographers in this exhibition is their shared attitude of inquiry into the possibilities of what the camera is capable of.

Rolf Winquist (1910-1968) was a highly regarded fashion and commercial photographer in Sweden who served as an inspiring mentor to the younger Swedish artists of the 20th century. While working as head photographer of Studio Uggla in Stockholm from 1939 until his death, Winquist influenced the artistic growth of his studio assistant Sten Didrik Bellander (1921-2001) and apprentice Hans Hammarskiöld (1925-2012). These photographers would become two of the ten founding members of TIO, a group of mostly photojournalists who also held interests in commercial, fashion, nature and abstract photography. The other founding members of TIO presented in this exhibition include Harry Dittmer (1910-2000), Georg Oddner (1923-2007), Lennart Olson (1925-2010), Sven Gillsäter (1921-2001) and Pål-Nils Nilsson (1929-2002). Olson’s triptych, Project for a Mural (1960) abstracts the industrial rigidity of modern bridges through composition and deep contrast in a dramatic trio of innovative views. Around the same time, Gillsäter chose to take his camera out beyond the city limits and into nature to document the life of wild polar bears. Later on, documentary photographer Berndt Klyvare (1929-2008) joined TIO as a “stringer” (a word to describe photographers who became associated to the cooperative after its founding). 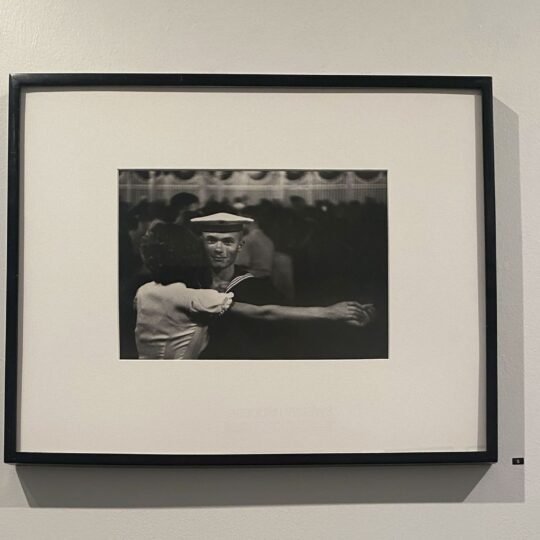 The work of TIO’s founding members was first brought to the American public in 1971 at the Library of Congress in Washington, D.C as an exhibition titled Contemporary Photographs From Sweden. Swedish Modern at Keith de Lellis Gallery is the first group show in America in over 50 years to exhibit the renowned work created by members of the TIO collective.

Anna Riwkin (1908-1970) was born in Russia and came to Sweden in 1914 where she opened her own photography studio in 1928. As an accomplished photojournalist, Riwkin photographed a wide variety of subjects including nature, ballet and portraiture. Kary H. Lasch (1914-1993) was a fashion photographer whose work possesses an artistic style that at times verges on the points of minimalism and abstraction. This style is illustrated in a photograph where only the slight silhouette of a model’s neckline keeps a set of brilliantly white pearls from appearing to float in a field of pure darkness. Sune Jonsson (1930-2009) was an ethnologist, photographer and filmmaker who specialized in documenting the society and culture of Sweden that was slowly being replaced by industrialization in the northerly province of Västerbotten.

Swedish Modern will be on view at the Keith de Lellis Gallery from December 9 to March 11, 2022.

Type to search or hit ESC to close
See all results